Update (1631ET): A panel of health advisors to the Centers for Disease Control and Prevention voted Thursday unanimously that adults seeking boosters should go with Pfizer-BioNTech or Moderna vaccine rather than Johnson & Johnson vaccine.

The Advisory Committee on Immunization Practices voted 15-0 that the mRNA vaccines are “preferred” to the J&J vaccine because they’re the safest and most effective vaccines.

CDC Director Rochelle Walensky is expected to decide whether to adopt the panel’s advice as agency policy later today.

Johnson & Johnson’s COVID-19 vaccine has been linked to rare forms of blood clotting.

Authored by Zachary Stieber via The Epoch Times,

A panel of experts who advise the Centers for Disease Control and Prevention (CDC) on vaccines is meeting Thursday to discuss updates to a severe condition linked to Johnson & Johnson’s COVID-19 vaccine. 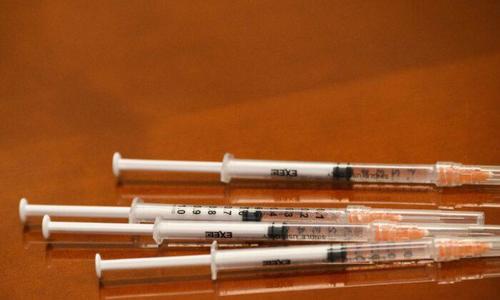 The panel will listen to presentations by CDC officials on thrombosis with thrombocytopenia syndrome (TTS), which U.S. drug regulators say has a “causal relationship” with the jab, according to a draft agenda for the meeting.

The syndrome is a combination of blood clots and low blood platelet levels.

Concern over patients getting the syndrome after getting the vaccine led to a near-nationwide pause in administering the shot in the spring, but the pause was lifted after the Food and Drug Administration (FDA) determined the benefits of the vaccine outweighed its risks.

Since then, more evidence has emerged linking the syndrome to the vaccine.

Researchers with the CDC last month found people who got the Johnson & Johnson (J&J) shot were far more likely to experience the syndrome when compared to people who got a Moderna or Pfizer COVID-19 vaccine.

The rate was the highest among women aged 30 to 39.

As of Dec. 16, 1,700 cases of TTS following administration of J&J’s vaccine were reported to VAERS, according to an Epoch Times review of the database. There were also 1,429 reports of thrombosis and 265 reports of thrombocytopenia. Altogether, the conditions were said to have resulted in 89 deaths.

VAERS is a passive system that anyone can report to but studies have indicated the number of reports submitted to the system is an undercount of issues following vaccination.

The FDA updated fact sheets for the vaccine this week, warning people with a history of TTS following vaccination not to get the J&J jab. TTS is now listed as a contraindication. That means people can potentially obtain medical exemptions to vaccine mandates if they have had adverse reactions to adenovirus-vectored vaccines like the J&J shot.

J&J told news outlets in a statement that company officials have been working on understanding and communicating all known risks, including TTS, and “strongly support raising awareness of the signs and symptoms of this rare event.”

The CDC panel meeting starts at 12 p.m. Eastern. Members are scheduled to vote on “updated recommendations for use” of J&J’s vaccine at 2:30 p.m. Eastern, according to the draft agenda. The Epoch Times will stream the meeting on its website.

The panel is meeting “to hear the latest information on vaccines and disease epidemiology,” Jasmine Reed, a CDC spokeswoman, told The Epoch Times in an email when asked about the particulars of the vote and more details on the meeting.

Panel members weighed recommending officials list specific warnings to women under 50 who were considering or about to get the vaccine, but ultimately decided against that path.

The CDC tells clinicians that women younger than 50 “should be made aware of a rare risk of blood clots with low platelets following vaccination and the availability of other COVID-19 vaccines where this risk has not been observed.”