Update (1700ET): According to Newsweek, the FBI had a ‘confidential human source’ (a mole) inside Mar-a-Lago, who was “able to identify what classified documents former President Trump was still hiding and even the location of those documents.”

It’s the Crossfire Hurricane debacle, all over again.

This time, likely, at the behest of the Attorney General. https://t.co/f8FXr74qer

The Trumps have revealed more about Monday’s FBI raid of their Mar-a-Lago property.

For starters, Eric Trump told the Daily Mail that “the 30 agents who arrived at the property asked staff to turn security cameras off – and to kick their lawyer off the property, but they refused.” 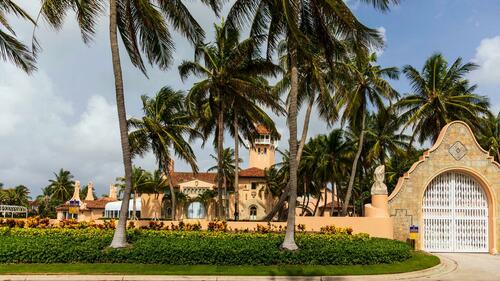 “They told our lawyer… you have to leave the property right now. Turn off all security cameras.”

He also said that the FBI brought safe crackers in to break into his father’s safe, and that agents rummaged through Melania Trump’s wardrobe. 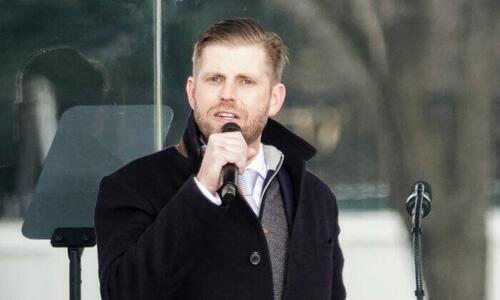 “It’s all a coordinated attack with the FBI,” said the former president’s son, insisting that President Biden approved the raid.

“Do you think that the FBI director is going to raid the former president’s house, especially a house as you know, kind of world renowned as Mar Lago is in a place as public as Mar Lago is without getting the approval of President [Biden]?”

By not turning off the security cameras, Eric said they saw the FBI raiding areas of the property that they ‘shouldn’t have been.’

Donald Trump lamented Wednesday that the FBI blocked his lawyers from the property during the raid at his Palm Beach, Florida residence and suggested that agents may have ‘planted’ evidence. -Daily Mail

Donald Trump, meanwhile, suggested in a Wednesday post to his Truth Social page that the FBI may have planted evidence. 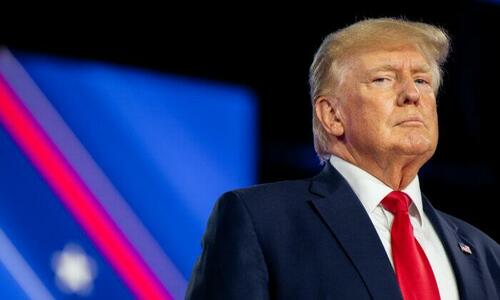 “The FBI and others from the Federal Government would not let anyone, including my lawyers, be anywhere near the areas that were rummaged and otherwise looked at during the raid on Mar-a-Lago,” he wrote. “Everyone was asked to leave the premises, they wanted to be left alone, without any witnesses to see what they were doing, taking or, hopefully not, ‘planting,’” he added.

As the Epoch Times notes, About two dozen FBI agents entered the Trump-owned resort at 9 a.m. Monday and left with “a handful of boxes of documents,” Trump spokeswoman Christina Bobb told The Epoch Times on Tuesday. “I didn’t actually get to oversee the search, they wouldn’t let anybody see what they were doing,” she said, adding that she was present when the FBI entered the premises.

FBI agents were looking for “what they deemed to be presidential records,” Bobb continued. “I don’t think there was anything of substance.”

Bruce Reinhart, a Florida federal magistrate judge, signed off on a warrant to search the former president’s Florida property.

Reinhart worked as a federal prosecutor until 2008 when he became a defense attorney representing employees of convicted sex trafficker and wealthy financier Jeffrey Epstein. Employees included Epstein’s pilots, a scheduler, and others

The Mar-a-Lago raid warrant was issued on Aug. 5, a day after FBI Director Christopher Wray testified to the Senate Judiciary Committee and was asked about whistleblower reports on whether his agency was becoming increasingly politicized. Wray had to cut the questioning short because he needed to travel, although flight records indicated that he used an FBI jet to travel to a vacation retreat in Upstate New York, according to the New York Post.

In mid-January, the National Archives and Records Administration arranged for the transport from Mar-a-Lago to the National Archives 15 boxes that the archives said contained presidential records. Under the Presidential Records Act, the records should have been transferred in January 2021 as Trump left office, and some of the boxes contained classified information, the institution said in a statement at the time.

Agents initially resisted showing Bobb the warrant but ultimately did. But the agents would not allow any representatives of the former president to oversee the search, Bobb said. The justification for the search also remains under seal. Trump’s legal team plans on asking the U.S. District Court for the Southern District of Florida to unseal the search warrant affidavit, which would outline why authorities asked for the warrant.

The Epoch Times contacted the FBI for comment. Neither the bureau nor Attorney General Merrick Garland have offered public comments about the raid, drawing even questions and condemnation from Democrat politicians.

The Department of Justice “must immediately explain the reason for its raid & it must be more than a search for inconsequential archives or it will be viewed as a political tactic and undermine any future credible investigation & legitimacy of January 6 investigations,” wrote former Gov. Andrew Cuomo, a longtime critic of Trump, said on Twitter Tuesday.

“DOJ must disclose the bona fide nature of the August 8 action or else the republicans will use it to Discredit the Jan 6 investigation, which would be a terrible disservice to the good work of the house committee in exposing The Trump administration violations,” the former Democrat governor of New York added. Cuomo last year resigned amid allegations he engaged in misconduct with staffers, which Cuomo has categorically denied.

And Republicans similarly said they were concerned with the raid.

“Last night’s raid on the home of a former U.S. president without explanation will only further erode confidence in the FBI and the Justice Department,” Sen. Chuck Grassley (R-Iowa) wrote Tuesday in reference to the Monday search.

“I reiterated these concerns to Director Wray today,” he continued. “If the FBI isn’t extraordinarily transparent about its justification for yesterday’s actions and committed to rooting out political bias that has infected their most sensitive investigations, they will have sealed their own fate. The FBI’s mission and the many patriotic agents who work hard to carry it out will be forever overshadowed by the distrust the bureau has sown.”