A series of weather systems will traverse the western part of the US into the central region early next week. According to the National Weather Service, significant snowfall could fall in portions of the northern Rockies.

The Southeast and Florida are still into showers and scattered thunderstorms today. Warmer than average temperatures for the Plains, and next week we’ll track the first big winter storm that will bring FEET of snow to the West and freezing cold temperatures. #Staytuned pic.twitter.com/h4SmjuLYi2

After record drought, excessive heat, and wildfires, the first signs of winter with heavy snowfall are expected in the Rocky Mountains early next week. Cold air from two jet streams will send temperatures diving across the northern Rockies and the south-central Rocky Mountains through at least mid-week. Cooler air will continue making its way into the mountains of Colorado and High Plains of Montana, Wyoming, and even western Dakotas and western Nebraska. 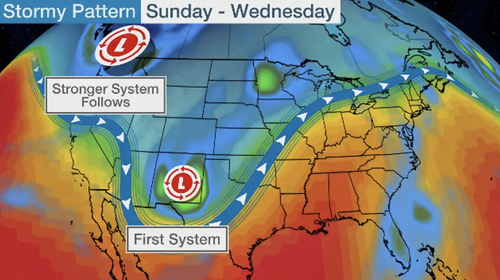 NWS tweeted a 3-7 day weather outlook through next Thursday and said, “heavy snow is expected for portions of the northern Rockies.” 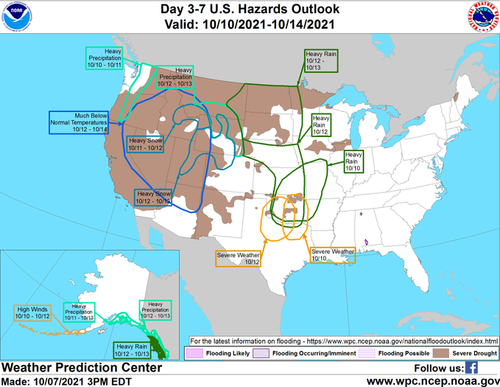 Weather models show more than a foot of snow is expected for higher elevations. 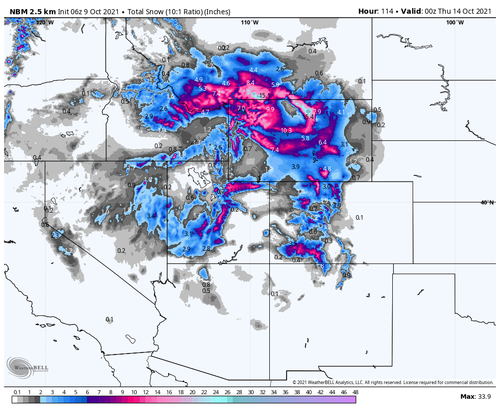 The first significant snow event of the year comes as concerns mount some US power grids are unprepared for cooler weather. The green energy transition has been such a failure, pushing up natural gas prices worldwide, that nearly a quarter of US utilities are switching to coal this fall/winter. But declining mining output and labor shortages have resulted in low coal supplies and utilities might be forced to initiate rolling blackouts to protect grids.

Next week’s winter impact area of cooler weather has an abundance of coal, natgas, and crude burning power plants.

Further south, one major concern is that temperatures across Texas are expected to dive over the next few weeks. It remains to be seen if The Lone Star has rid itself of grid troubles.

It’s important to note that US Lower 48 mean temps are declining as the colder weather arrives. If your home is heated by fossil fuels, such as heating oil, now is the time to fill up before a shortage materializes or prices continue moving higher.

While the West is cold and snow is imminent, mild weather continues across the Eastern US next week.