Whether he resigns or is impeached, New York Gov. Andrew Cuomo needs to go, a source working in the governor’s executive chamber told the Daily Caller News Foundation.

“If I weren’t as sure as I am that he will be impeached, I would leave,” she said of the New York Democrat. “And if he doesn’t get impeached for some reason, I will leave. Honestly, the press team here is comprised of amazing people, but working for a man like that is against everything I believe in and I believe the women who have come forward.”

The source, who asked to remain anonymous since she currently still works for the governor, detailed a culture of anger and frustration in Cuomo’s office as employees attempt to serve the state of New York amid the chaos of the #METOO allegations. She repeatedly praised her colleagues, including senior adviser Richard Azzopardi, describing him as a dedicated servant of New York with significant loyalties to the executive chamber.

Though she herself has never heard or seen the governor behave inappropriately firsthand, the staffer said she has no reason to distrust the accusers and believes their allegations.

“I want people to know that what goes on at the chamber isn’t just the governor,” the Cuomo staffer said. “There’s a whole team of people in this limbo right now that are good people that can’t do their jobs because of what’s going on. And it’s immensely frustrating as someone who loves this state as much as I do.” 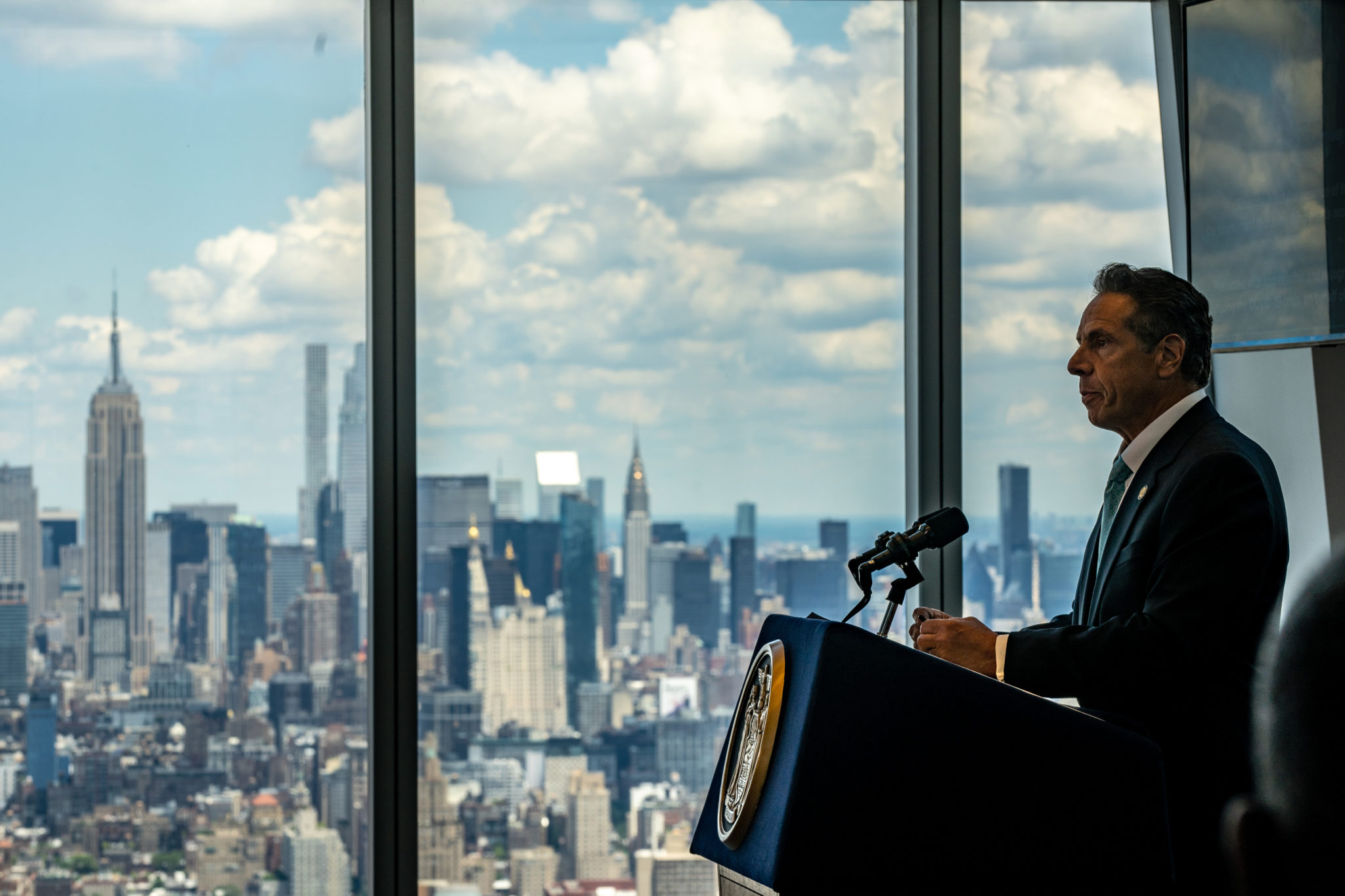 “We’re just sitting here watching this,” she continued. “It’s like having to be a minor part of it. And it just feels incredibly selfish,” she said. “At this point, the state can’t function with this spotlight on it. It needs to clear itself up, be it with a resignation or an impeachment.”

The staffer said she reached her “breaking point” when Cuomo’s attorney Rita Glavin spoke to media Friday afternoon about a report released by the New York attorney general’s office detailing the findings of an investigation into Cuomo’s conduct.

The investigation released Tuesday found that the governor had “sexually harassed a number of State employees through unwelcome and unwanted touching, as well as by making numerous offensive and sexually suggestive comments” and that this conduct “was part of a pattern of behavior that extended to his interactions with others outside of State government.”

Cuomo denied Tuesday that he ever inappropriately touched anyone, and said that those attacking him are discrediting “legitimate” victims of harassment.

Glavin criticized many aspects of the report and said that the investigation had a “predetermined narrative.”

Most of Cuomo’s staff watched the media call on Friday afternoon, the Cuomo staffer said, saying she found it insulting, embarrassing, and “gut-wrenching” to listen to Glavin “slandering” the Cuomo accusers.

“We can’t do the job while you are battling this,” she said, directing her comments at the governor. “I’m not here to fight this battle for you. I don’t believe in it. I want to do my job. Move out of the way.”

“I’ve spoken to a couple of my colleagues today and I guess the general consensus is just anger,” she said. “We just feel angry, disrespected. I know there’s a lot of back and forth between wanting the impeachment probe to go further, to learn more and automatically believing. But even those who are on the fence are just mad.”

The report also described the culture of the executive chamber as “one filled with fear and intimidation” that normalized “the Governor’s frequent flirtations and gender-based comments” and “contributed to the conditions that allowed the sexual harassment to occur and persist.”

“That culture also influenced the improper and inadequate ways in which the Executive Chamber has responded to allegations of harassment,” the report said.

Cuomo’s inner circle brought in a number of people with no official role in the executive chamber to deal with the allegations, according to the report, who were “regularly provided with confidential and often privileged information about state operations” and helped make key decisions.

“The common thread among all of these individuals was a proven, personal loyalty to the Governor,” the report said. “Their inclusion in the deliberations and the significant role they had in decision making reflect how loyalty and personal ties were valued as much, if not more, than any official function or role in State government.”