After two years of rising crime in Los Angeles, residents of upscale neighborhoods are finally starting to freak out after a spate of ‘flash mob‘ lootings at high-end retail stores have been accompanied with a disturbing increase in violent crimes committed in the suburbs, according to the LA Times. 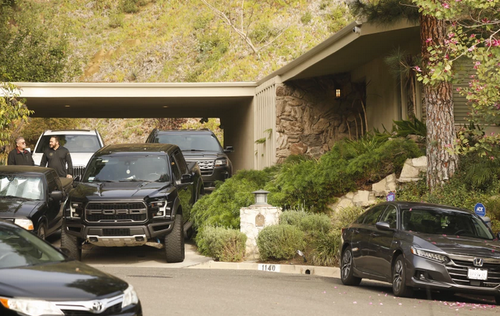 Crews of burglars publicly smashing their way into Los Angeles’ most exclusive stores. Robbers following their victims, including a star of “The Real Housewives of Beverly Hills” and a BET host, to their residences. And this week, the fatal shooting of 81-year-old Jacqueline Avant, an admired philanthropist and wife of music legend Clarence Avant, in her Beverly Hills home.

…these incidents have sparked a national conversation and led to local concern about both the crimes themselves and where the outrage over the violence will lead.

“The fact that this has happened, her being shot and killed in her own home, after giving, sharing, and caring for 81 years has shaken the laws of the Universe,” said Oprah Winfrey, expressing grief over Avant’s killing via Twitter. “The world is upside down.”

The Times notes that while overall crime rates within Los Angeles remain far below the notoriously violent 1990s, much of it has been concentrated in poor communities – so it receives virtually no attention. Now that crime has “crept up in wealthier enclaves and thrust its way to the center of public discourse” across the city.

In 2020, polls showed that California voters largely supported criminal justice reform, as well as rolling back tough sentencing laws to reduce prison populations without nary a thought to how it might affect the crime rate. Now, those concerned about crime and blame liberal policies for its rise are growing more vocal.

For others, it’s been a serious wake-up call.

“I have never seen anything like it,” said Dominick DeLuca, owner of the Brooklyn Projects skateboard shop on Melrose Avenue where burglaries and robberies have seen a sharp enough spike in recent months that he’s now carrying a gun to work. “In the last two years, I have been broken into three times.”

On Thursday, Mayor Eric Garcetti and LAPD Chief Michael Moore advocated for locking offenders up, and questioned several pandemic-related policies that put nonviolent arrestees back on the street without bail.

Moore said arrests had been made in several high-profile “smash-and-grab” burglaries but lamented that the suspects had all been released pending trial. Garcetti said warehousing criminals in jails without rehabilitating them is not a solution, but neither is ceding the streets to repeat offenders.

Los Angeles County Dist. Atty. George Gascón, whose progressive policies around prosecution and sentencing many blame for the uptick in crime, was notably absent at the press conference but said through his office that he is working closely with law enforcement partners to hold perpetrators accountable for such brazen crimes. -LA Times

The difference? Rich people are now getting hit, so officials are officially concerned.

Read the rest of the report here.