The findings include a determination that Cook County State’s Attorney Kim Foxx lied to the public about her communications and role in the scandal. Despite the highly improper handling of the case (including the dropping of the original charges against Smollett), Chicago voters still reelected Foxx who has an appalling record in office. For a native Chicagoan, it is an all-too-familiar pattern of corrupt or incompetent elected officials continuing in office. The question, however, is whether Foxx will face any bar action for allegedly lying to the public about the handling of the case. 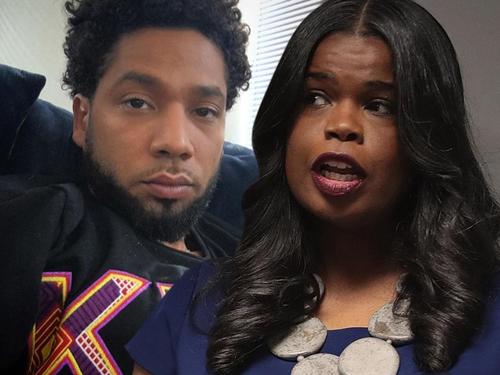 The report confirms what many of us have long stated about the Smollett case. The evidence of his guilt was obvious from the start, particularly given his ridiculous account of being attacked around 2am by roaming MAGA-hatted, racist Trump supporters screaming “This is MAGA country.”

By March 2019, prosecutors secured a 16-count grand jury indictment against Smollett for filing false police reports. Then suddenly a few weeks later, Cook County State’s Attorney Kim Foxx dropped all charges – a decision that was universally condemned. The outcry was louder due to Foxx’s correspondence with powerful friends of Smollett and the refusal of her office to fully explain why the charges were dropped.

Ultimately, Webb was appointed Special Prosecutor and Smollett was indicted a second time in Feb. 2020. Ultimately, the jury found Smollett guilty of all but one count of criminal conduct.

Webb confirms what was long suspected: prosecutors thought that they not only had a strong case but a case worthy of prosecution.

The report details how the office made “false and/or misleading statements” about the decision to drop the charges for a ridiculous agreement that Smollett perform just 15 hours of community service and pay a $10,000 fee as punishment.

The report found that Foxx’s office “breached its obligations of honesty and transparency.”

The report also found that Foxx had made false or misleading statements about her communication with Smollett’s sister, actress Jurnee Smollett. Foxx told the public that her conversations occurred before Smollett became a suspect. Webb says that those statements were false.  Webb also found that Foxx continued to play a role in scuttling the case after she publicly recused herself.

Given the findings, the question is whether the Illinois bar will review the matter. Foxx’s specific statements could run afoul of ethics rules. Attorneys are generally barred from making “a false statement of material fact or law to a third person.”

Foxx is clearly responsible for the breaches found by Webb. Yet, the report details how she knew Smollett was a suspect in communicating with his family and continued to act in the case after promising to recuse herself. Those are serious allegations worthy of an investigation by the bar. Foxx may have undisclosed defenses or explanations. However, there will be few real answers unless the court refers the matter to the Illinois bar (or bar members ask for such a review).

Here is the report: Webb Report