Shares of AT&T fell on Thursday after CEO John Stankey said that customers are starting to put off paying their phone bills – which resulted in the wireless carrier cutting this year’s forecast for free cash flow by $2 billion, Bloomberg reports. 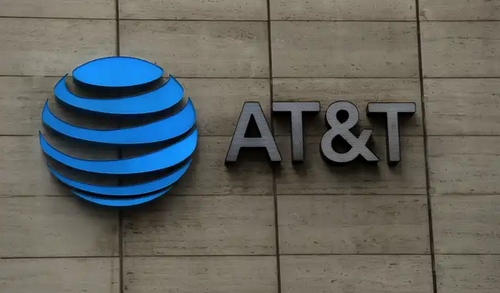 Shares fell as much as 11% in early trading, the company’s largest slide since 2022 which erased the stock’s YTD gains.

A weakened consumer adds to pressure facing AT&T, which has already taken hits from deeply discounting new phones and capital outlay on network equipment. The company now expects 2022 free cash flow of $14 billion – with around $1 billion of the reduced amount tied to the “timing of customer collections.” 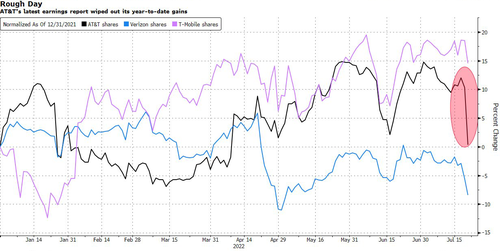 The company added 813,000 regular monthly phone subscribers in the second quarter, exceeding the 554,000 average estimate of analysts surveyed by Bloomberg. Earnings, excluding some items, topped estimates at 65 cents a share, while analysts were looking for 62 cents. Revenue in the quarter met estimates at $29.6 billion.

Recent price increases and subscriber gains allowed the company to raise its forecast for full-year wireless service revenue growth to a range of 4.5% to 5%, up from at least 3% previously. Even so, those price hikes aren’t fully covering costs, Chief Executive Officer John Stankey told analysts on AT&T’s earnings call. -Bloomberg

“I’m not surprised to hear consumers are paying bills more slowly; they are already struggling with higher food and energy prices,” said Wolfe Research analyst Peter Supino. “I’m not worried so much for AT&T as I am for the broader consumer economy. You wonder if this is the canary in the coal mine.”

The highest US inflation in four decades has been squeezing household budgets everywhere from the gas pump to the grocery aisle. That has soured people’s view of the economy and forced some to scale back entertainment and other discretionary spending. But wireless has long been considered an essential service, even for low-income Americans, and discounts on phones are still luring them to sign up with AT&T. -Bloomberg

And as a reminder, the so-called strong consumer is draining savings at an almost unprecedented pace, while relying on credit cards to cover the soaring cost of living. 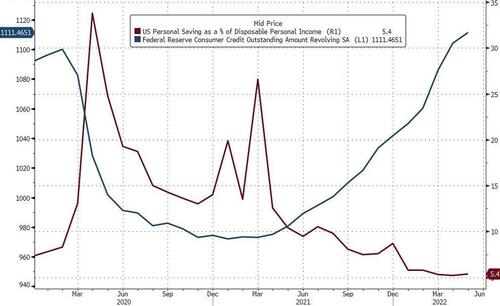 Stankey warned that he expects higher bad debt and slower payments to continue, and that while customers are eventually paying their bills, they’re “less timely.”