What a surprise – the CDC and states across the country have been over-counting the number of American adults who have been fully vaccinated.

Here’s how Bloomberg explains this accident (because what kind of person would do this on purpose?): “in collating reams of data on vaccinations, the US has counted too many shots as first doses when they are instead second doses or booster shots.” 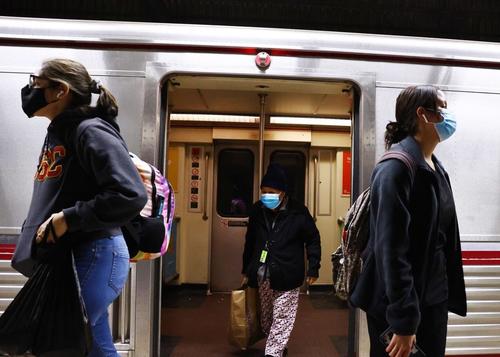 But it also says only 203MM have been fully vaccinated, or 61.3%, an 11-percentage-point difference that is far larger than in other developed countries.

So, either Americans are so lazy – or perhaps don’t want to endure another series of adverse reactions – that they won’t show up to get their second dose, or there’s something wrong with these numbers.

And it might not surprise you to learn that a number of state and local officials believes it’s the latter.

State and local officials say it’s improbable that 37MM Americans got one shot without completing their inoculations. Instead, they say, the government has regularly and incorrectly counted booster shots and second doses as first doses.

Their conclusion is that both fully vaccinated and completely unvaccinated are officially undercounted. As for the precise number miscounted, that’s unknown, but revisions in data from three states – Illinois, Pennsylvania and West Virginia – found enough over-counting of first shots to suggest that there are plenty of unvaccinated people nationally who’ve mistakenly been counted as having received a dose.

One of the biggest gaps identified was in Pennsylvania, where CDC estimates of first doses for the elderly exceed the state of Pennsylvania’s estimate by about 850,000.

If changes are made to the national data on the scale of Pennsylvania’s revisions, this would mean increasing the number of Americans who are unvaccinated by more than 10MM.

“The truth is, we have no idea,” said Clay Marsh, West Virginia’s Covid czar.

It might not seem like such a big deal (China lies about its numbers almost constantly) but it could create problems when it comes to distributing boosters (and the inevitable next generation of vaccines): “where it has really made it difficult for us is targeting our booster messaging” said James Garrow, a spokesman for the Philadelphia Department of Public Health, which has worked with the state to blend data sets for a more accurate view of vaccination trends.

“We don’t have any faith in the numbers on the CDC website, and we never refer to them,” he said.

What they fail to mention in the story is that, unfortunately, when omicron hits, many of the vaccinated will also pay the price.