The UK is considering a plan to send door-to-door vaccinations squads to the homes of unvaccinated Britons in an effort to reach an estimated five million people who haven’t taken the jab, according to the Daily Mail. 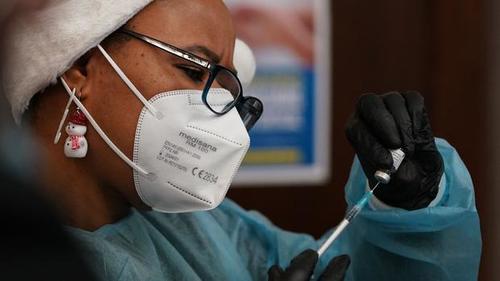 The initiative has been discussed by the Department of Health, NHS England and No. 10 over the past week as part of a nationwide drive to send vaccine teams into areas which have the lowest vaccination rates – and are floating it as an alternative to lockdowns and other restrictions, as well as a solution to ‘encourage’ vaccination in rural areas or households where people cannot easily travel to a vax center.

“I think anything that encourages the vaccine-hesitant is sensible,” said one Cabinet Minister, who then warned: “The mood in the country is hardening against people who refuse to be vaccinated.”

In other words, get vaxxed despite the fact that Omicron laughs at the vaccine, and hardly anyone has died of it.

This comes as SAGE warned the UK is about to be hit by a large wave of Covid hospitalisations and the peak could be even higher than last winter despite the reduced severity of Omicron.

In minutes from a meeting on December 23 published last night, the Government’s Scientific Advisory Group for Emergencies warned that the peak on hospital admissions ‘may be comparable to or higher than previous peaks’ – including the second wave in January.

But MPs and hospitality bosses have warned Boris Johnson not to bring in new restrictions before New Year’s Eve or risk ‘devastating’ businesses. -Daily Mail

While Boris Johnson and crew have said there are no plans to close schools in January, there has been pushback at any hint of lockdowns or other restrictions.

“I am all in favour of free choice but there comes a point when you cannot lock up 90 per cent of the country who are vaccinated for the ten per cent who refuse to be.” 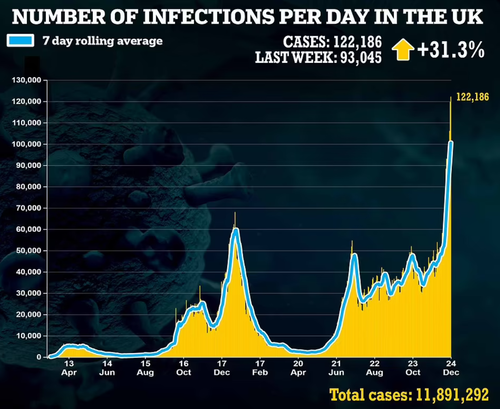 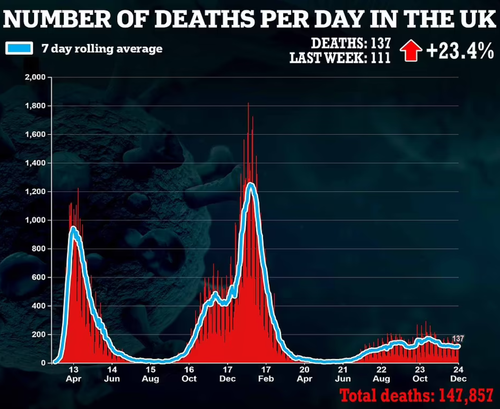 NHS England‘s vaccination push continued throughout Christmas day – while over 220,000 first doses of the vaccine administered in the week leading up to Dec. 21, a 46% jump over the previous week. First doses jumped in the 18-24 year-old age bracket by 85%, and 71% in 25 to 30-year-olds – which Health Secretary Sajid Javid called ‘excellent.’