In a stunning move – soon to be filed under the “completely lost touch with America” folder – the Biden administration is reportedly planning to appeal the ruling that lifted the COVID mask mandate on travel, just hours after most major airlines and airports (and ground transportation) has dropped their mask rules.

It was evident this was coming earlier in the day after White House spokesperson Jen Psaki warned and Xavier Becerra, Biden’s health secretary, told reporters in Nevada, that “we are right now in the process of deciding, and we likely will appeal that ruling, but stay tuned.”

Jonathan Turley offered some insight before the actual decision was made to appeal if CDC thinks it necessary:

The Administration is going to have a hard time making this cat walks backwards. The cheering of passengers and pilots seemed as much as a communication to the Administration as it was a celebration.  A large number of airlines immediately declared the mandate to be dead and unenforceable. It is like throwing a retirement party for an employee before they have decided to go. It is a tad awkward to express doubts when someone is showing you the door.

That is why those cheering videos could have a greater impact on the White House than any CDC or DOJ recommendation. The Biden Administration could still appeal as it has in past such cases.  There will certainly be many DOJ lawyers asserting that they could win on appeal on the basis of agency deference. The question is who would tell the public. They may have to wait for the “ding, dong” parties to end.

But, given all that, they decided it was worth it… 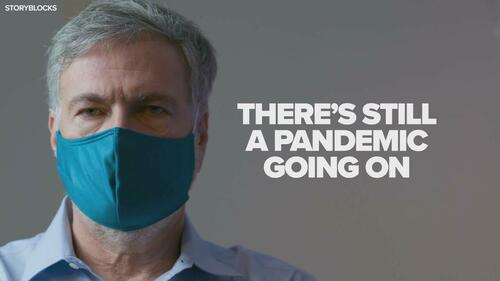 “The Department of Justice and the Centers for Disease Control and Prevention (CDC) disagree with the district court’s decision and will appeal, subject to CDC’s conclusion that the order remains necessary for public health. The Department continues to believe that the order requiring masking in the transportation corridor is a valid exercise of the authority Congress has given CDC to protect the public health. That is an important authority the Department will continue to work to preserve.

“On April 13,2022, before the district court’s decision, CDC explained that the order w’ould remain in effect while it assessed current public health conditions, and that the Transportation Security Administration would extend its directive implementing the order until May 3 to facilitate CDC’s assessment.

“If CDC concludes that a mandatory order remains necessary for the public’s health after that assessment, the Department of Justice wall appeal the district court’s decision.“

So, if the CDC – against all the actual science – concludes that wearing a mask should remain mandatory, instead of leaving it as a personal decision, the Biden DoJ will appeal the ruling that was celebrated by most.

The more we ponder this decision, the more this smells like The DoJ throwing The CDC under the bus. The reason being that The CDC now has to come up with some “science” reason to re-mandate the masks (which we know they can’t) and therefore The DoJ is therefore covered if people try to blame them for not appealing.

And the winner of the most ironic sentence of the day goes to White House spokesperson Jen Psaki, who after relying on court ruling after court ruling to enforce varying levels of health tyranny for the last 15 months, uttered the following in her out-loud voice…

Who said the left doesn’t do humor… talking of which… 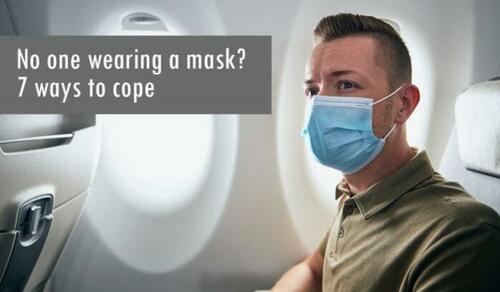 Babylon Bee has some advice for those still living in fear:

It can be difficult, though, to suddenly see all those triggering human faces after the government coddled you and fed your psychotic delusion and fear for the last two years.

Here are seven ways to cope:

“you are free to wear masks if you like… if they work, they will protect you, if they don’t why mandate them?”

Presumably there are a number of “political science” reasons for the appeal:

2) Offering a bone to whatever is left on the ‘Democratic base’ amid the unhinged rantings of the blue-checks on Twitter as the dissonance suddenly strikes that they have been wearing face diapers for 2 years for no reason.

As one more reminder, it was just hours ago that no lessor arbiter of ‘the science’ than President Biden said that it’s “up to them” for people to decide whether to wear masks.

Q: “Should people continue to wear masks on planes?”

President Biden: “That’s up to them.” pic.twitter.com/vxC5jXb48k